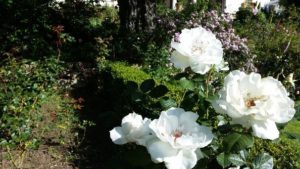 “Because He lives, I can face tomorrow” (Bill and Gloria Gaither)”

Dear Evangeline Friends:
Easter, one of my favorite times of Christian celebration comes just at the beginning of
autumn in Cape Town but it feels and looks like Spring! The suffering of Jesus Christ
on the Cross for me and for the whole world never fails to move my heart at its deepest
level. The glorious hope and joy of Resurrection fills me with joy and hope! I pray each
of you who receives this letter knows the hope that Jesus Christ brings.
It is this message of hope in life and for eternity that Evangeline Ministries bring to the
students in Masiphumelele, Cape Town, South Africa. 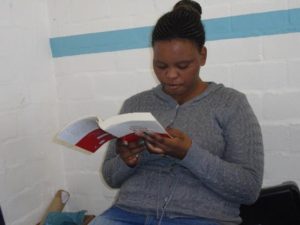 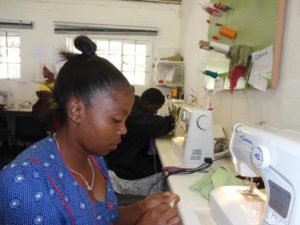 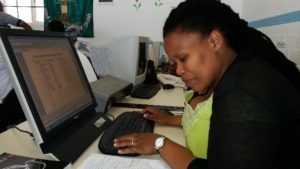 Every six months EM welcomes
twenty- four new students to our classroom. Each comes
with varied life stories, hopes and dreams.
Fezeka, one of our current students, travels about an hour 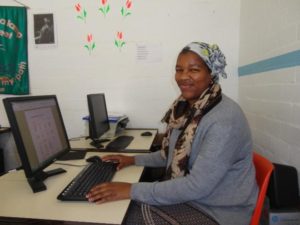 to class from the township of Capricorn. “I am so very
happy,” she says. “I can’t wait to get my own sewing
machine.”
No stranger to hardship, Fezeka lost her dad to a sudden
illness and life became so much harder for her family in the
Eastern Cape. “We were so poor my mother could not
even afford shoes or a uniform for school” she said.
Without finishing high school, her mother sent her to live
with a cousin in Masiphumelele. Fezeka eventually found a job as a cashier at one of
the local supermarkets but lost it when her mother became ill and she had to return to
the Eastern Cape. With no prospects, her sister Bongiwe told her about EM’s program.
This is the first time she has ever touched a computer and she loves it! “It is a big help
to me” she says as she dreams of sewing for herself, her children and others and
starting her own home business.”
Follow me on Facebook!

From the start of our program in 2006, Evangeline 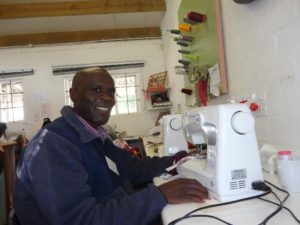 ministries has welcomed male students to our class.
Titos, also a current student, is a local pastor whose
health does not allow him to work. His diet is restricted
and sweets are off limits for him. I learned this in an
unusual way when he remarked that the cookies we had
for morning tea were “to sweet.” Normally I would have ignored this but something-I
believe it was the Holy Spirit, flagged this was important. As one of our Board members
said, “if we really listen to others we can hear what they are really trying to tell us.”
Forced to flee his native country because of political turmoil, Titos came to Cape Town as a
refugee. A trained teacher and former small businessman, he was forced to stop work on a
local farm, when he became too ill. The church he serves cannot afford to pay him but he
sacrifices because of his commitment to serve the Lord. Instead of being discouraged, he was
looking for a way to help himself and his family. A woman who walked her dogs on the farm
where he still lives, told him about Evangeline Ministries and he found his way to us. He is most excited about
learning to sew. “I want to use my skills to start my own business,” he says. “This course is
giving me so much hope. I know nothing is impossible,”

Titos and Fezeka and all the other students give me hope that our work here is being planted in
good soil, to bear the fruit of changed lives, women and men with skills and filled with the
knowledge of God’s love in Jesus Christ who will make a difference in their lives and those of
their families and communities. 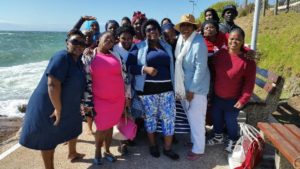 Thank you so much for being a friend and a partner in prayer and encouragement and financial
support. May God give you and your families a most blessed and hope-filled Easter.

Your donation gives a future and hope to an impoverished woman, her family and community!